Kris Thompson participated in her first Walkathon only weeks after coming on board as Calvary’s Executive Director in 1994, and after 17 years, it is still one of her favorite fundraisers for the organization. Besides the obvious rewards (and joining the Calvary Captains and supporters for donuts on the Mall!), Kris loves “to spend time with Calvary folks – volunteers, residents, staff, Board members – and to have the opportunity to be a part of a large gathering of people committed to supporting people who are homeless in our community.”

After being such a big part of Calvary for so long, Kris is perhaps the best person to ask – why should someone get 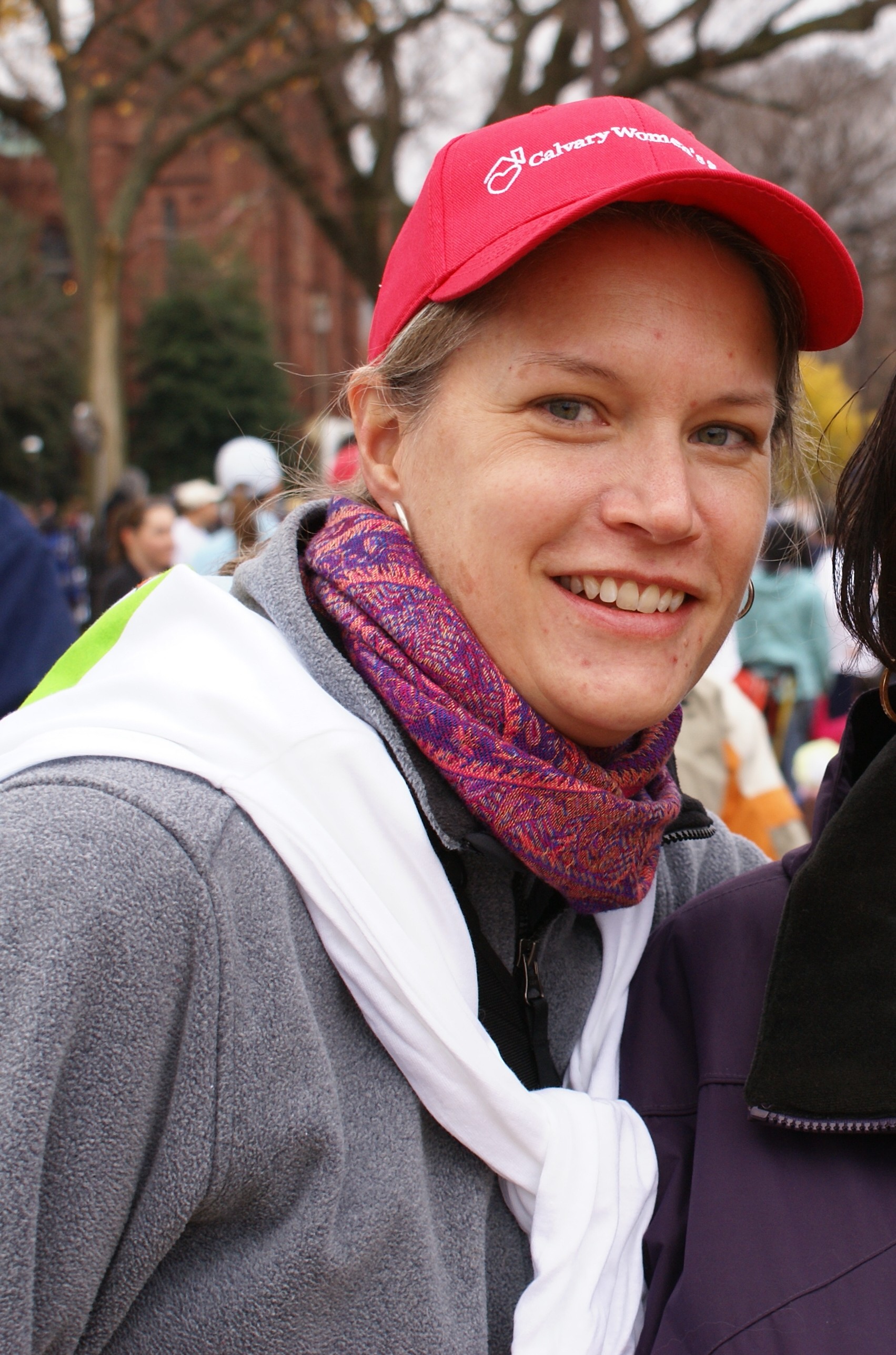 involved with the organization? “Calvary is a highly effective organization with a caring and committed staff.  Your time will be well-spent, you will have an opportunity to make a direct impact on the lives of women who are homeless, and your life might be touched as well.” One moment that particularly touched Kris was bringing her entire family to deliver furniture to two women who were moving into one of Calvary’s Sister Circle apartments.

With 17 Walkathons behind her, it’s hard for Kris to pick just one memorable moment… Although she does have vivid memories of walking on swollen feet while 7 ½ months pregnant one year, and “also the year that my dad and brother nearly got trampled as they ran to the front of the Walkathon crowd to shake hands with Cal Ripkin!” Although, who knows… Maybe someone very close to her will be next in the line of Walkathon celebrities? “The same son who attended his first Walkathon in utero was blessed by Bono a couple weeks later.  Here’s hoping he becomes an activist rock star too!”

If you haven’t signed up yet, please join Kris and the rest of Calvary’s Team for the Walkathon (choose beneficiary code DC010): www.helpthehomelessdc.org

Calvary Women’s Services’ Hope Awards Dinner brings together community and business leaders and to celebrate the success of women changing their lives through our programs. We’ve done it…
Calvary News Read Post

We are thrilled to announce that Calvary Women’s Services is expanding! At a time when the need for programs like Calvary’s is on the rise, we are grateful to be a critical resource to our commun…
Homelessness Read Post

Last month, the hotel management company, Donohoe, hosted a virtual hospitality hiring information session for women living at Calvary Women’s Services, as part of our job placement program, Step U…
Employment Read Post
You can empower women and help them out of homelessness today. Donate Now