Theater Alliance Partners with Women at Calvary to Explore “Broke-ology” 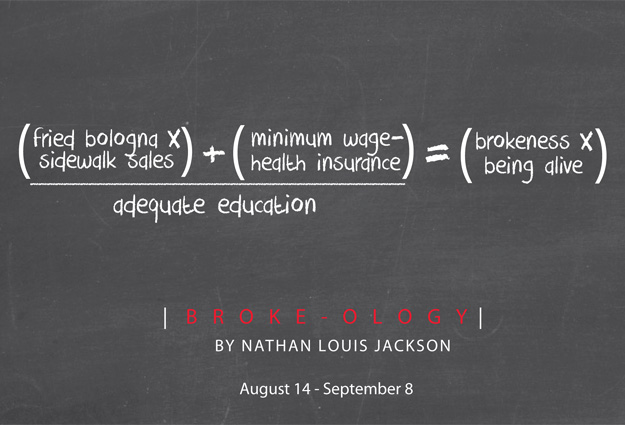 Every Monday afternoon in July, a group of women at Calvary settled in to read. Books in hand, characters highlighted, the women worked with a volunteer to read a script – the play was Broke-ology, now showing at our neighborhood’s newest theater, the Anacostia Playhouse.

On August 16, Theater Alliance opened Broke-ology, the first show at the new Anacostia Playhouse.  Theater Alliance is a local company on a mission to “develop, produce, and present socially conscious, thought-provoking work that fully engages our community.”

Katie Ryan, Education and Outreach Director for Theater Alliance, lead a LEAP session at Calvary every Monday for the month of July. At the beginning of each session, women were assigned their characters for the afternoon. Over the course of the month, the group of women read the full play and discussed the characters, the plot, and the implications of the story.

Education Coordinator Elaine Johnson says that Ennis King was the favorite character. “Everybody wanted to read his lines.”

During the play, the character of Ennis King explains that broke-ology is “a complex new science that examines two things. One, being broke. Two, staying alive despite your brokeness.” Broke-ology  was written by Nathan Louis Jackson and tells the story of the King family and their journey through illness, loss, responsibility and love.

Last Friday, after a month of discussing the play, a dozen women attended the full production at the new Anacostia Playhouse. Joined by two Calvary staff members and two volunteers, the group saw the characters they had read brought to life.

Elaine commented, “A lot of knowing looks were shared as the women anticipated the action of the play. At one point one of the women leaned over to me and said ‘Elaine! I read this scene. I read THESE lines!’”

Afterwards, the group stayed for a lively talkback with the cast and director. Women were able to ask questions about the story and about the process of rehearsing and producing a play.

One of the women who participated in the reading group was so inspired by the storytelling, she has started writing her own play. Another woman commented after the performance that this was the first play she had ever seen.

We’re thrilled to have partnered with Theater Alliance for this wonderful opportunity. We’re looking forward to the rest of this season at the Anacostia Playhouse!

Broke-ology will be playing for two more weeks, through September 8. Performance times and tickets may be found here. Note that the Thursday evening performances are pay-what-you can. Please support the new Anacostia Playhouse and Theater Alliance by seeing the show!