Seeing the World through Geography Class 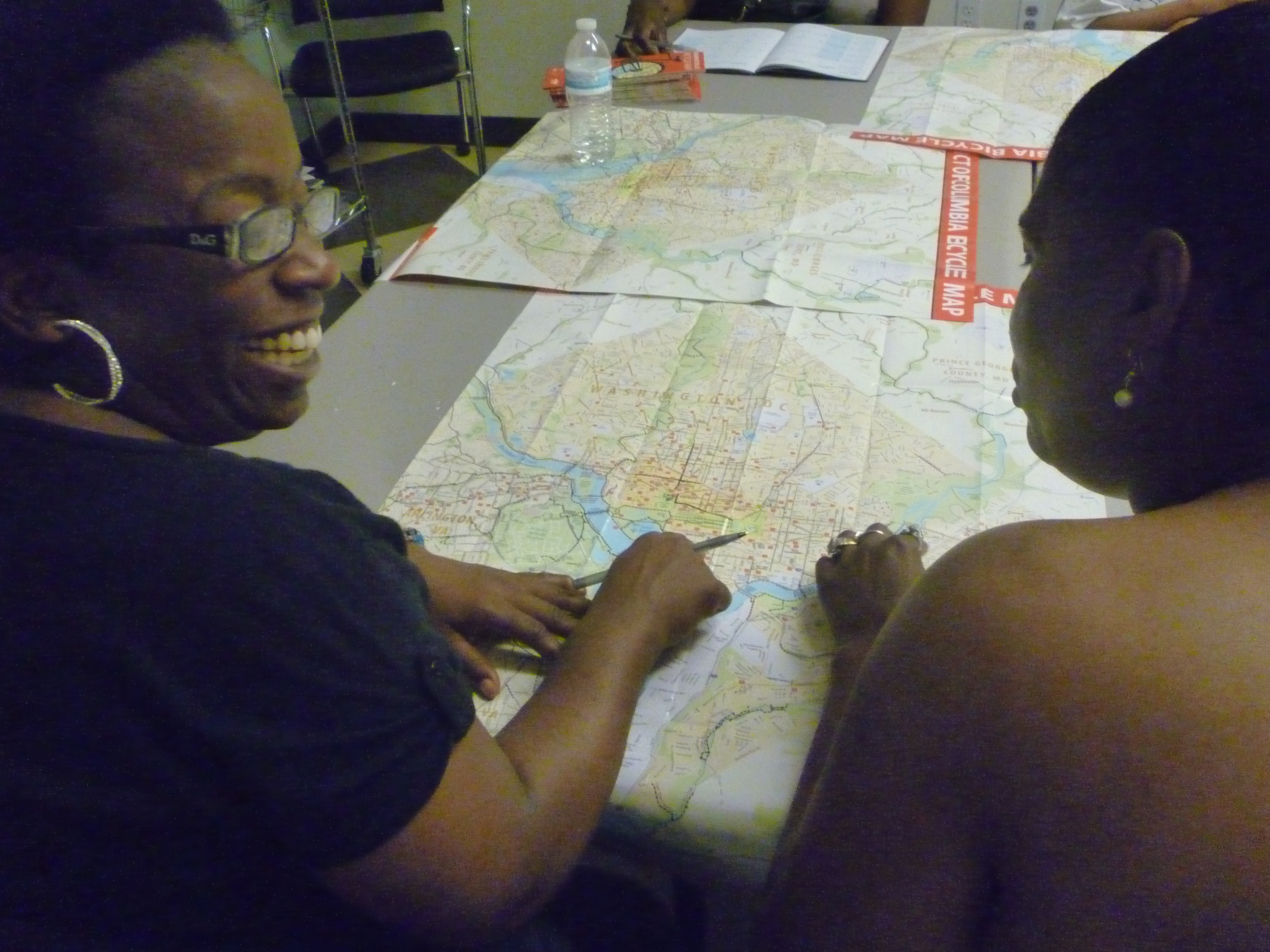 Do you remember all of the state capitals? Can you name the five world oceans? If you’ve been attending LEAP, then you probably can!

It all started with a movie. While watching some of the films nominated for this year’s Academy Awards, a group of women at Calvary watched Mandela: Long Walk to Freedom. The film stirred a group interest in learning more about South Africa. One of the wonderful things about LEAP is that many classes are triggered by the interests of women who are currently residents of Calvary. Education Coordinator, Elaine Johnson, promptly followed the viewing of Mandela with a class on the geography and history of South Africa. The idea for LEAP Geography classes was hatched!

Based on the interests of the group, the South Africa class was followed by a series of other Geography classes. Some of the classes included The Fifty United States, United States by Region, US Interstates, World Oceans and Currents, and World Time Zones – and that’s just to name a few! Geography classes have proven a terrific way for everyone to learn about other cultures and about the world we all share.

In May, we were lucky enough to be joined by Nellie Pierson who came to discuss WABA’s Women and Bicycles Program. After learning more about the program, and brainstorming words associated with bicycling (freedom, community, movement and nature were a few!), Nellie left behind several copies of the Department of Transportation Bicycle Map. Elaine says she immediately knew the maps would be a goldmine for the next Geography class.

“First we created a scavenger hunt of locations by brainstorming landmarks in Washington, DC. Heckinger Mall, the Carter Baron Amphitheater and the Fredrick Douglas House made the list, alongside classic tourist sites like the White House, Union Station and the Washington Monument. Women worked in pairs to complete the list – and then reveled in the bird’s eye view of locations that they knew so well from travelling the city on foot or by bus.” Elaine says that they finished the class by using the trip calculator on the map to compare routes.

Calvary Women’s Services is committed to providing holistic services because we know that everything is connected. So many factors contribute to our ability to be independent, including things like quality education, good health, and a supportive community. It is nothing short of joyful to see a class that embodies that holistic experience – through the Academy Awards, geography and bicycles, no less!

Many thanks to our amazing LEAP volunteers and those who support LEAP throughout the year. Special thanks to WABA for visiting Calvary to teach us more about bicycling in Washington, DC! If you are interested in volunteering or learning more about LEAP, please contact Calvary Women’s Services at info@calvaryservices.org or (202) 678-2341.

One of Calvary’s core values is excellence. For us, this means providing the best housing, health, education and workforce programs to every woman, every day. It is a big task, but one our staff re…
Employment Read Post