No Choice but to Move Forward

Cora became homeless when she was hit by two serious events around the same time – she lost her job and her house. She says that the last year of her life has been especially hard. Not only did she become homeless, but she recently had knee surgery and attended half a dozen funerals in one month.

But these challenges don’t seem to get in the way of Cora’s determination. After she moved into Calvary Women’s Services and gained some stability, she started working as many hours as she could through a temp agency. Even knee surgery didn’t slow her down for too long. Once she was strong enough to be on her feet again, she went right back to work. She is dogged about moving forward and making progress. “I have no other choice,” she says.

Prior to becoming homeless, Cora worked hard to earn a certificate as a PC specialist. She hopes to start a career in IT. She is participating in Step Up DC, Calvary’s job placement program, and is taking steps to enroll in classes at a nearby community college.

On rare days when Cora has down time, she enjoys crocheting. She started crocheting for the first time after taking the popular class that is offered in the Life Skills, Education and Arts Program (LEAP). A program manager at Calvary also helped Cora with her technique. “I like crocheting because it’s relaxing. I’d love to do some more,” she says.

Cora tries to keep in touch with her mother, who lives in the South. She wants to give the first blanket that she made to her mother as a birthday present. Cora plans on crocheting more when she has a little extra free time. She wants to make hats and scarves in time for Christmas, and has promised to crochet some for other women at Calvary. She has already donated a few hats to cancer patients who are being treated at a nearby hospital.

“I’m a giver; it’s part of who I am,” she says, and then tears up. “It’s funny because sometimes it feels like I don’t receive.” 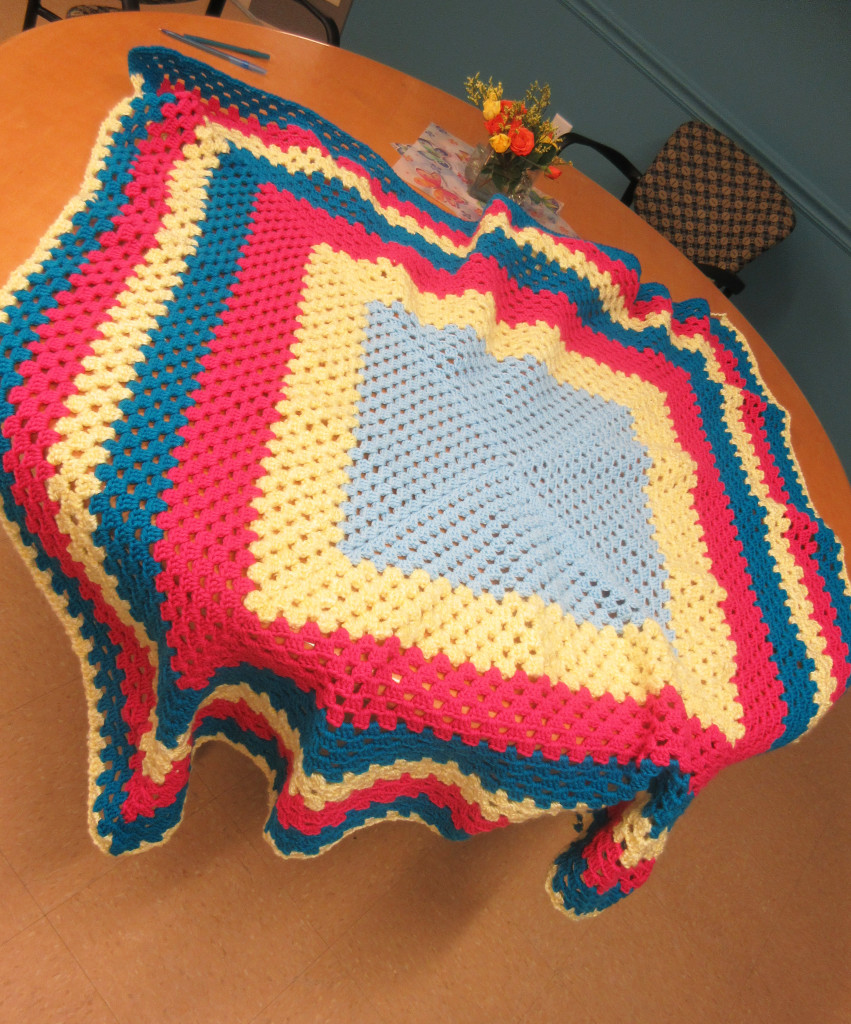 In This Together 5k: Team Altria

At Calvary Women’s Services, the In This Together 5k is not only an opportunity for Calvary supporters from around the country to help raise critical funds for our life-saving programs, but to remi…
Corporate Partner Read Post

“One of the things I remember most about my time at Calvary was having a home-cooked, delicious meal every single night. It made me feel cared for and seen.” – Patricia, former Calvary resident…
Calvary News Read Post

Calvary Women’s Services’ Hope Awards Dinner brings together community and business leaders and to celebrate the success of women changing their lives through our programs. We’ve done it…
Calvary News Read Post
You can empower women and help them out of homelessness today. Donate Now