“I never thought that I would be in this kind of situation, but when you love someone you make excuses.” 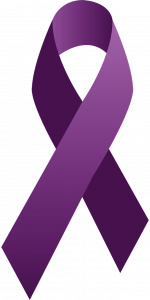 For over five years, Dana had been living with her partner. She cared deeply for him, even when he occasionally lost his temper and became abusive. When he was laid off from his job, his violent behavior worsened. One night she was hospitalized with a severe concussion.

As she lay in her hospital bed recovering from her injuries, she knew she had to do something. When Dana returned home, she gathered enough courage and strength to take her belongings and flee.

Over the next couple of years, she stayed with friends and family, constantly moving to different places. “The way I tell it, I was going from couch to couch to couch.”

With all of the instability and trauma in her life, Dana had a difficult time keeping a regular routine. After missing too many days at work, she lost her job. Eventually, she ran out of places to stay and was forced to sleep in her car.

During the winter, on nights when the car was too cold, she would stay at emergency shelters. At one of the shelters she met with a case manager, and they recommended she come to Calvary Women’s Services so that she could access all of the support she needed.

“When I got to Calvary, everything started turning around. It was like an immediate 180-degree turn.” Dana began seeing our therapist to address the trauma of her former partner. She also took advantage of Calvary’s yoga and guided meditation classes to help her learn relaxation techniques.

As her recovery progressed, Dana enrolled in our job placement program, Step Up DC. A certified tradesperson, she was able to quickly find a position that matched her skill set with a reputable construction company.

“I’m so grateful for all of the support I have received at Calvary. After what I’ve been through, I don’t take anything for granted.”

These days Dana is looking forward to moving into her own apartment. She has been saving up for several months. “I’m really hoping to be back in my own place soon, and the best part is that it’s more than just wishful thinking. I know it’s going to happen!”

October is Domestic Violence Awareness Month. Calvary Women’s Services is proud to stand with survivors like Dana every day.

If you or someone you care about needs support, please call the National Domestic Violence Hotline to learn more about available resources: 1-800-799-7233

Volunteers from KPMG, one of the world’s leading professional services firms, spent an afternoon at Calvary Women’s Services. Volunteers connected with women who face unique challenges as they see…
Employment Read Post
You can empower women and help them out of homelessness today. Donate Now